Example of how to ask an identifiaction-request question

I weekly walk along a mountain called San Cristobal near my town, Pamplona, at Spain. I frequently wonder what kind of rocks form the mountain, so I took a little piece fallen on the road at an outcrop placed at this coordinates. The zone is covered by Google, so you can take a look at the outcrop and its surroundings at Google Street View.

Here is the little piece I took (the rule measures centimeters): 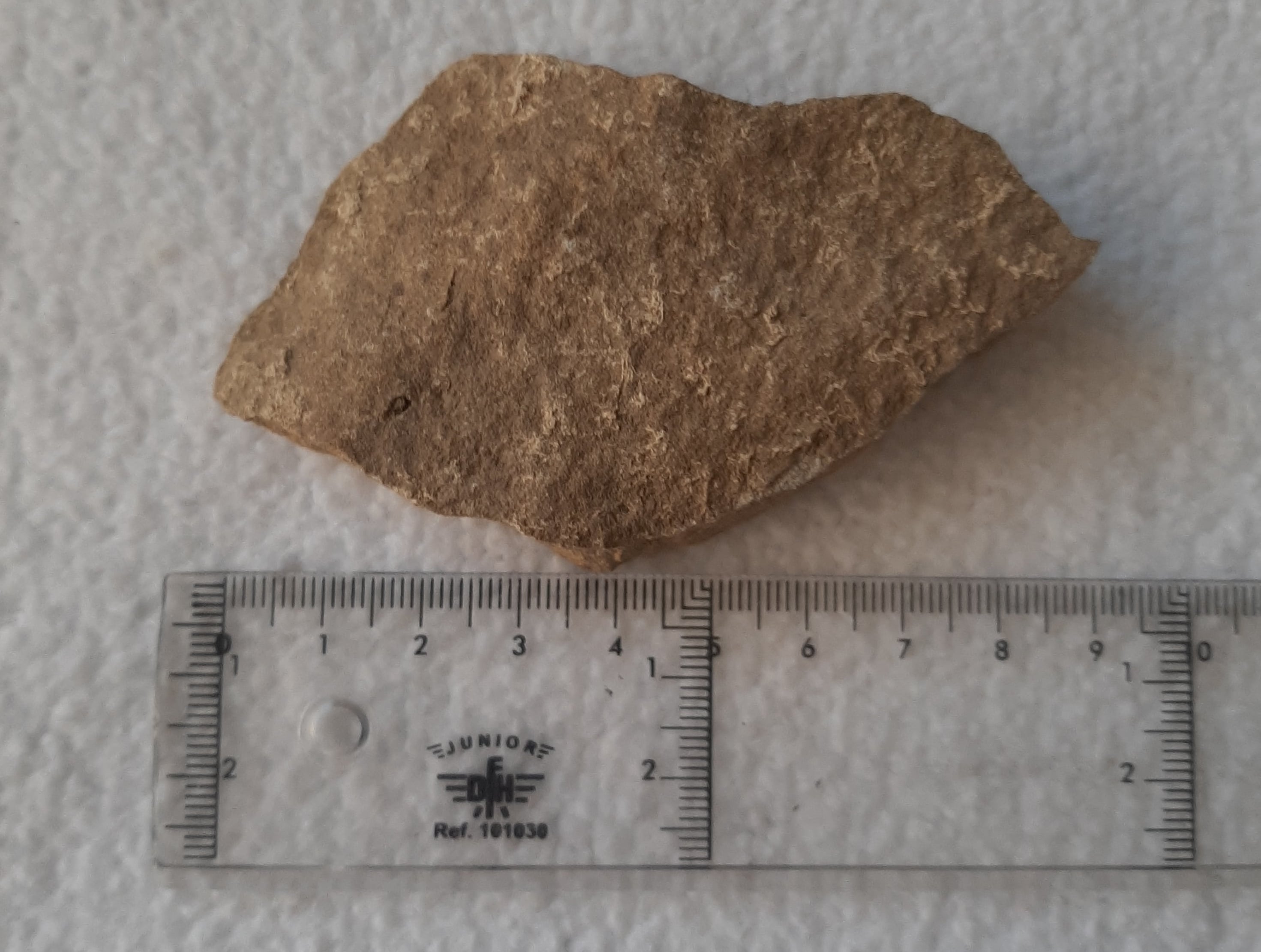 There are similar rocks at the surroundings and the rock doesn't look to have any ore or be a valuable piece, so I cutted it with a hammer, to observe a fresh surface with a magnifying glass. It looks formed by non translucent brown grains.

This is the best picture I could take from the fresh-cut face. I wet the rock before doing the picture. The white line is the scratch of a coin. You can click on the image to observe the texture with zoom. 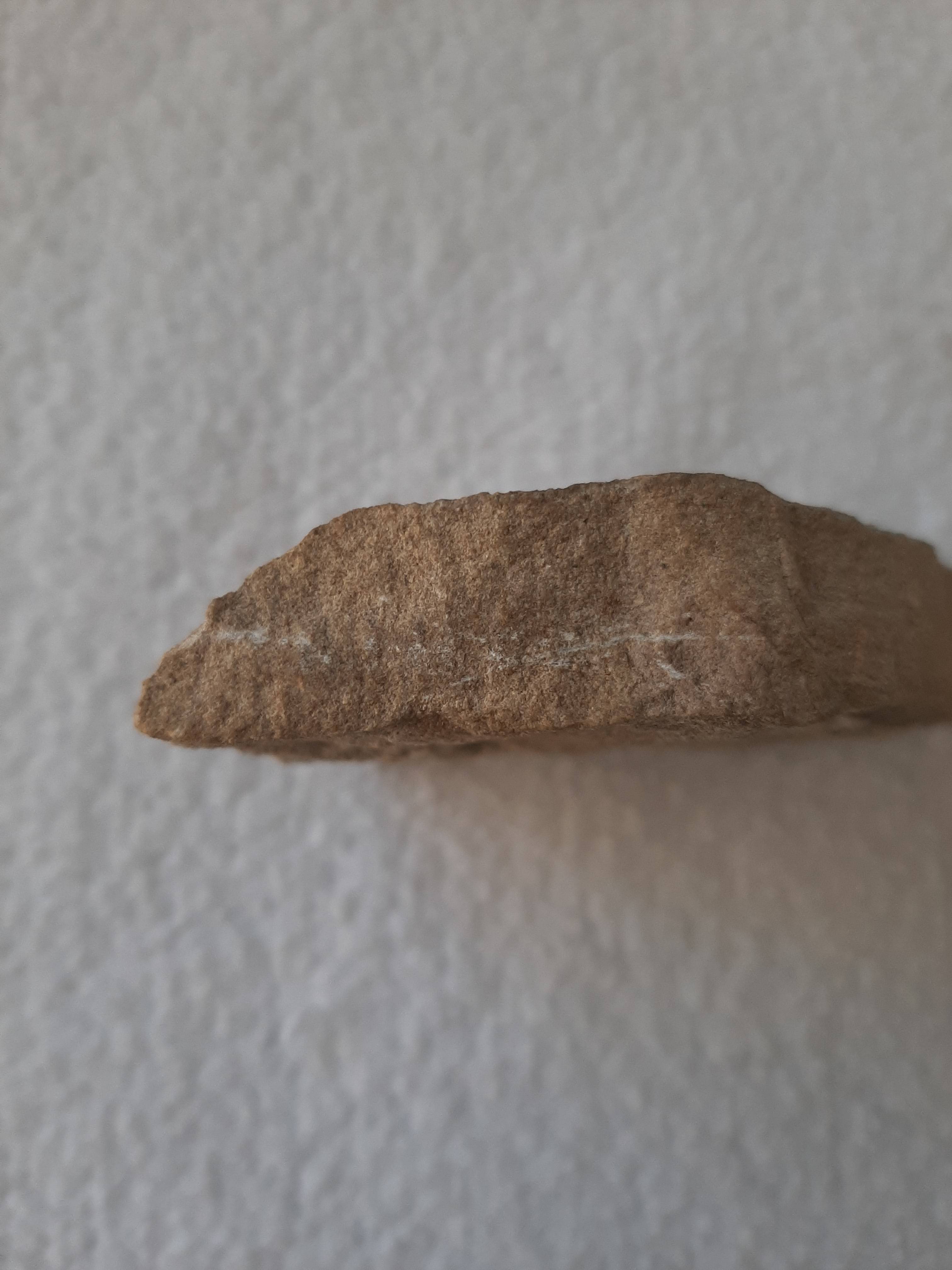 I would need to observe it with a magnifying glass, but your rock looks formed by grains, so it looks a sandstone. The density you provided match with both calcite and quartz, for the composition of the grains. However, the hardness you provided match with calcite, but not with quartz, that has a bigger hardness and would not be scratched by a coin, so it migth be a sandstone composed by calcite grains.

I checked a bit the geology, as you provided the location, at Spanish Geological Survey.

Pamplona stays on an extent marl unit crossed by Arga River. The environment where those marls where formed was a deep marine basin. San Cristobal Mountain corresponds to a turbiditic marine deep canyon that received sediments from the continent on storms. As the unit is more hard than the marls it has survived to erosion better than the marls, once the rocks emerged on the Alpine Orogeny, forming the mountain you weekly walk along.

Its composition is calcitic and the unit has broken fossils. I think I can distinguish some forms that look like shells, zooming at your picture of the fresh-cut surface.

Your rock is a fossiliferous calcareous sandstone formed at a turbiditic submarine canyon.

This site is for discussion about Earth Science Stack Exchange. You must have an account there to participate.

31
A guide for asking “Identify this rock” questions?
4
Should we include a suggestion for a displacement test in the rock identification guide?

18
Level of the questions so far
15
Provisional Moderator Nominations
1
Answer existing question or ask a new concise one in it's place
6
How to ask a good earth science question?
1
How do I answer a question correctly?
2
Should we have a “guide for answering rock identification questions?”
2
How are 'we' doing with the rock ID questions since the introduction of the ID guide close reason?
15
I've had enough. Let's ban rock id questions