Skepticism about the intentions of a particular question

A question with the title

I am skeptical about the questions intention. Is it a legitimate question, in which case it belongs here or is it self promotion and advertising?

The particular passages of concern are,

"... The signal that I and others (including Murata, who manufacturers the accelerometers) have measured ..." and"We believe this could be a useful tool for geological exploration."

Could these passages be interpreted as self promotion and possibly advertising?

update: There was a helpful edit in the queue and I'd accepted it. I then added a further helpful edit. I think this can now be reopened and the blockade on answer-posting can now be lifted.

There are several reasons for closing the question for improvement, but perhaps the OP was overly vilified prematurely.

And if the mention of the name of a company is felt to be problematic (it really wasn't promotional at all in this case, you folks over-reacted) then just ask the OP to remove the company name or make a quick and helpful edit yourself.

Closing and especially the answer prevention that it what closing does is heavy-handed when a tiny edit can fix that problem!

There is some physics here, let's be careful.

Gravitational waves, the wiggling of spacetime due to huge things like stars and black holes accelerating are not going to be detected like this.

But there are also Gravity waves familiar to Earth scientists!

Their period was about 9 hours, and an accelerometer might see a 24 hour periodic variation in acceleration as well.

Right now these are measured as fairly fast impulses following seismic effects, but this is just the beginning of a new field in Earth observation science so let's be careful not to rule out something without careful consideration.

See my summary in Seismic amplitude distribution and see

There is certainly an interest in long period gravitational waves, cf. What produces gravitational waves with “periods between about 100 - 8000 seconds”? which piqued their interest, but these are not observable with conventional accelerometers 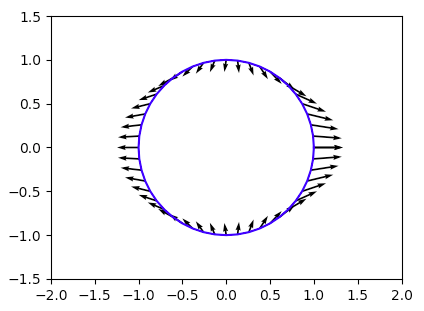 Note that @uhoh completely changed the question, from the original gravitational waves and a linked dubious work referencing wikipedia and describing a dubious experimental setup, to the more trivial gravity waves that happen in the interfaces of earth's spheres.

I believe the difference is clear to most if not all of us. The new version has nothing to do with the original one, the junk science link was removed and the context changed.

As long the original author doesn't explain closer what they are after, and possibly doesn't ask for an opinion of a community but an answer to well formed question, I won't change my position on this.

Pls. let us not encourage crackpots and junk- or pseudo-science. We're helping noone with editing their questions, potentially enabling them to return with another crackpot 'theory' but higher reputation.

I think it is self promotion as the poster clearly says he is the owner of Murata.

In my opinion the question should de closed and deleted.

The fact the user complained quickly with nervous words about Fred's comment make me thing we have correctly interpreted the issue and the question need to be deleted.

The answer is suspicious of being a friend. It has joined Earth Science today to answer the question.

4
What about an "essi" tag?
2
Would a question about the future of numerical weather prediction with quantum computing be off-topic?
4
Are questions about the availability of information on topic?
13
What should our about page contain?
7
Is the question about electric versus fossil-fuelled vehicles on topic?
1
Preserve or remove formula formatting in the question title?
8
Have the question standards for Earth Science Stack Exchange reduced since inception?
1
Question about Earthquakes
4
Should there be a tag about the Himalayas?
3
About closing question and trying to find out its reasons